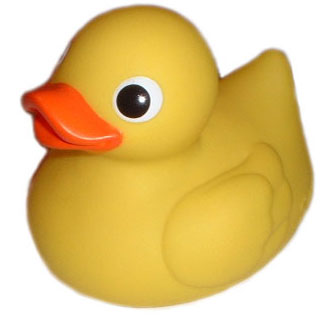 For many years, the small seaside town of Greystones was home to the Dutch literary and artistic genius Marten Toonder. His contribution to the Dutch language has been considerable and it is unfortunate that the English speaking world will never appreciate him fully, even if his cartoons appeared in Irish newspapers too — only in English, of course. Observant readers (to use one of Toonder’s phrases) will have noticed that I am Dutch also, and I still consider Dutch to be my first language.

It is probably a bit bizarre to write about the Dutch language in English, but I am trying to share some of its weird and wonderful traits with readers whose upbringing has forced them into the straitjacket of such a common language as English.

The Dutch refer to their language as Nederlands, Dutch being the anglicised version of the ancient Diets, which has the same origins as Duits or Deutsch, referring to German. And yes, German is a completely different language, although English speakers may be forgiven for getting confused between Deutsch and Dutch.

The first thing one notices when looking at the written Dutch language is the length of some of the words. Dutch uses compound nouns, so where English uses two words for “swimming pool”, the Dutch version becomes zwembad instead of zwem bad. Speaking of bad, this is a bad example, since zwembad is of course nice and short. Try “Government Study Grant” instead, which becomes Rijksstudietoelage, and in theory the application form for one of these grants could be compounded into a Rijksstudietoelageaanvraagformulier.

Double vowels and diphtongs are also prominent, as can be seen in the previous example. One of my favourite vowel-rich words is eendeëieren — duck’s eggs. The umlaut here has the function of a hyphen, to indicate a break between the two e’s. Unfortunately this is no longer the correct spelling and should now be “eendeneieren”, but since this new spelling was introduced after I left the country, I declare myself exempt from this rule. En zoo is het. Still spelled correctly is an even better example, the Dutch word for “seed onions” being zaaiuien. With six vowels in a row, that’s hard to beat.

Many of our diphtongs are unknown to and unpronouncable by English speakers, such as the “ui” in my own surname. Funny enough, ui and ei are Dutch words in their own right, meaning “onion” and “egg” respectively. Alongside ooi and aai there appears to be a number of Dutch words that are completely void of consonants. The unusual combination of I and J in words such as lijst and prijs is in fact an incarnation of the letter Y, which itself is rarely used — thereby making it a more valuable letter in Dutch Scrabble than in the English version. And you thought Scrabble was language-agnostic.

We consider languages such as Russian to display an impossible sequence of consonants in many of their words, but few can beat the Dutch for “cry of fear” — angstschreeuw. Eight consonants followed by three vowels, that’s beautiful. A different beauty can be seen in the word for “supplied” which holds the record of four double characters in a row — bevoorraadde.

Dutch infinitives usually end with -n or -en, as in staan (“to stand”) or lopen (“to walk”). A perfectly acceptable, gramatically correct Dutch sentence can have multiple infinitives, like this one which contains six infinitives in a row: Ik zou jou daar wel eens hebben willen zien staan blijven kijken — “I would have liked to have seen you stand there and watch”.

Every word in every language has its own history, and I’m glad to say that some Dutch words have left their mark on the English language. Of course Dutch itself has been swamped with English words and expressions over the last few decennia, and we have to go back a couple of centuries to trace any Dutch in today’s English. Most Dutch words that survive in modern English stem from an era when the Netherlands were a powerful trendsetting nation, during the country’s Golden Age, the 17th century. The list is much longer than you would think, and includes such quintessential everyday terms as skipper, yacht, coleslaw, rucksack, geek, cookie and of course Santa Claus.

My favourite however, is decoy, from the Dutch eendekooi – literally “duck cage”, a device once used to catch water fowl — an eend being, you’ve guessed it, a duck. The observant reader will have noticed that my favourite Dutch words appear to involve ducks, but I digress. Unaware of the Dutch love of compound words, some smart ass must have decided that the first part of this word was the indefinite article een (“a”) and the rest must therefore be a noun — dekooi. Thus the misspelled een dekooi became “a decoy”.

Admittedly Dutch is not an easy language to master. Pronunciation of the famous guttural G may take a while to get used to, but in my experience the most difficult sound for an English speaker to reproduce is the combination ZW like in the word zwart (“black”). Even after almost a lifetime of training, practicing, being gezellig and blending into Dutch society, the most hardened Dutch language students will still give away their linguistic origins when attempting to pronounce anything beginning with those two consonants. Even so, I think everyone should learn Dutch, if only to appreciate this limerick by John O’Mill:

A terrible infant called Peter
Sprinkled his bed with a geeter.
His father got woost,
Took hold of a knoost,
And gave him a pack on his meeter.

4 thoughts on “Language of the Upperlands”