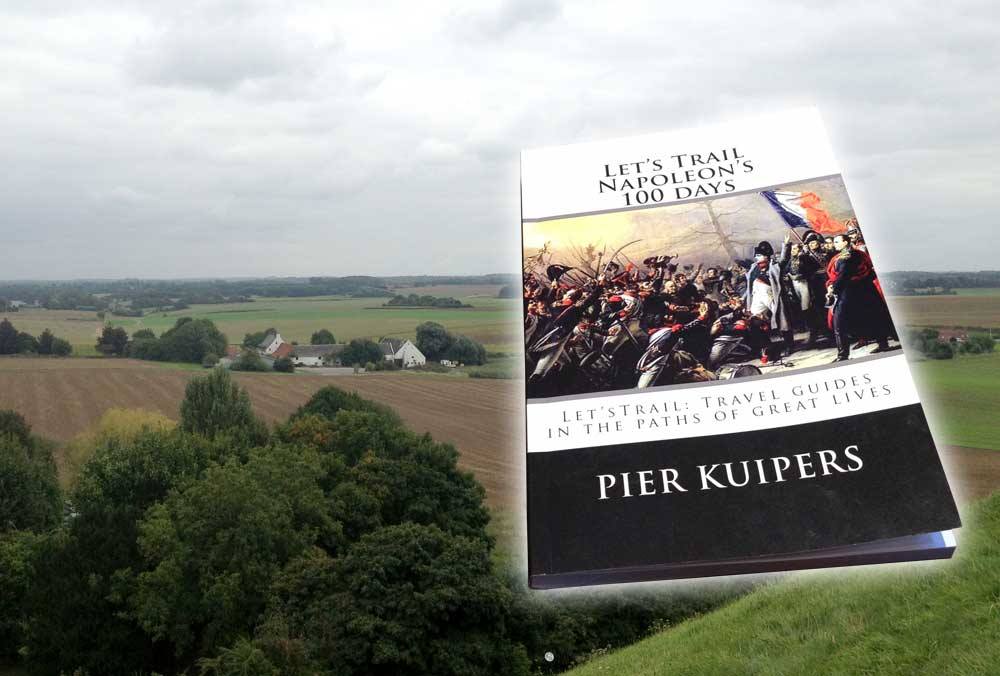 On a Saturday morning in February 2013 I was listening to Marian Finucane on RTE Radio 1. She was talking to Fiona O’Doherty who explained her plans for a new publishing venture involving travel guides that “follow in the paths of great lives”, Let’s Trail. Having written the first guide herself about the life of Caravaggio, following his trail around Italy, Sicily and Malta, Fiona was now looking for authors who would be willing to contribute an issue to the series about their favourite famous person and their travels.

With vague memories of New Year’s resolutions still lingering, I had just read “6 Harsh Truths That Will Make You a Better Person” by David Wong on cracked.com. This inspiring get-up-off-your-arse rant was enough to make me decide to contact Fiona, and so I sent her an email:

I was listening to the Marian Finucane show this morning and heard your piece on letstrail.com. Very interesting idea, and I see that you are looking for people to get involved.

I would love to offer my services, assuming the idea is taking hold and my contribution is worthy of the concept. Let me explain what I would like to add to the Let’s Trail series :-)

From a young age I have been fascinated with the life and times of Napoleon and the (military) history that surrounds him – I read a lot about the Napoleonic wars, etc. Recently I blogged about the most cataclysmic event in Napoleon’s life (and not just his), the battle of Waterloo.

To write a Let’s Trail issue about Napoleon would be a monumental task – the man is associated with almost every place in Europe. But I would like to think that it’s perfect timing to publish a travel guide-style thing as per your project, about “Napoleon and the Hundred Days” – referring to the time leading up to the battle of Waterloo.

In June 2015 it will be the 200th anniversary of the Battle and there will be an enormous interest in that event and the locations involved.

Napoleon escaped from the Island of Elba off the coast of Tuscany and landed near Cannes. He travelled from there in the direction of Paris, increasingly gaining support, finally arriving triumphantly in Paris as King Louis fled. From Paris he marched North to meet the threat of Wellington and his Allied troops, culminating in the famous battle.

Anway, you get the idea – my proposal for a Let’s Trail issue would coincide with the anniversary of a very well-known historic event, I have a great interest in the story, and it’s a trip that people can actually make – and see the landmarks that still survive.

Let me know what you think and I’ll be happy to provide more information if needed.

Thankfully, Fiona was delighted with my suggestion and we had our first author-agent meeting in the beginning of March in my local pub, the Goat. Her enthusiasm was infectuous, but she made it clear that the main purpose of the Let’s Trail project was to have fun doing it. As a clinical psychologist, it wasn’t her professional experience that fuelled Fiona’s foray into the world of publishing, but rather a desire to start something new. That was fine by me, and my new agent started by providing me with a suggested structure that would be common to all issues in the Let’s Trail series.

In the case of Napoleon’s Hundred Days, creating the initial timeline and list of places of interest along the trail wasn’t all that difficult. I already had a number of anecdotes in my head, but needed accurate references and dates to build a proper story. And of course the Trail needed a context – Fiona proposed that an introduction would outline the events leading up the Hundred Days, so that’s pretty much the story of Napoleon’s entire life and times.

From March 2013 onwards, there wasn’t a single book about Napoleon left in Dundrum’s Carnegie Library – I had borrowed them all. More books were borrowed from other libraries (much-quoted David Chandler’s work on the Hundred Days came from Waterford), from my historian brother who introduced me to all things Napoleonic, and bought on Amazon.

Of course Google also provided a wealth of information, and the number of websites dedicated to Napoleonic history is staggering. Judging by the activity and passion on various discussion forums, you would think that Napoleon is actually a current public figure.

Even the notoriously unreliable Wikipedia has its place in early research – and the folks at Harvard should know. However, I quickly discovered two things about Wikipedia: its quoted sources are often relatively recent and rely on earlier references themselves, and different language versions of the online encyclopedia are not mere translations, but provide an entirely different set of articles. Take for example the Wikipedia page for La Belle Alliance: the French version provides far more information than the English one — and some topics may exist only in one language. I made some corrections to Wikipedia entries myself, and although I made these in good faith, they have gone unchallenged and I’m no historian – underlining the fact that Wikipedia can never be an authoritative source for anything.

So I dusted off my French and started reading – both online and print. I became intrigued by the inner workings of references – if I pull a particular bit of information from Chandler, I may find that he actually got it from Guedalla, etc. I read some works from the early 1900s to get closer to the source, and then I discovered that some of the historical writings from these days were so chock-full of references that their stories became almost unreadable.

A subject like Napoleon and Waterloo has the added complication of legend and political ambiguity. Many so-called historical factoids have their origin in the writings of Victor Hugo, Alexandre Dumas and others, and the celebration of the Allied victory at Waterloo is still viewed in a different light by the French, even today.

I did my best to find at least two different printed (as supposed to online) references for the historical data in the text of my emerging book. Plans to include footnotes with sources were abandoned in the spirit of a relatively lighthearted travel guide, however. When it came to references about locations, admission prices and opening hours (where applicable) of the points of interest, the web is of course indispensible – and Google Streetview allowed me to visit parts of the trail I have yet to see for myself. Wikimapia is a site with sometimes far more detailed (crowd sourced) information and sharper satellite photographs than Google Maps, and allowed me to pinpoint the location of the ruins of the Chateau de Broundet near Seranon where Napoleon spent the night on his way back from Elba — it wasn’t in ruins then, of course.

I found an old photograph of the Maison Bertrand in Pont-sur-Yonne, another one of Napoleon’s stops on the Trail. When Google Streetview wasn’t able to show me the house, madame Nathalie Loyer at the local tourist office kindly took a photograph of the empty spot where it once stood.

Commuting to work, I spend at least three hours a day on public transport. Painful as that may be, in this case it provided me with the opportunity to google, read and write to my heart’s content. All of the main text of Let’s Trail Napoleon’s Hundred Days was typed on an iPhone; only the final formatting, the maps and the index were produced on a laptop.

The book finally started taking shape at the beginning of 2014. For the introduction, I managed to summarise Napoleon’s life in less than 5,000 words – but Fiona felt that this was too long to be at the start of a travel guide – targeted readers would want to get to the point. She suggested we move it to an appendix, and she was looking for a much shorter overview of the Trail to replace it as the introduction. Although I could see her point, I was reluctant at first, because my story of Napoleon’s life introduced characters that featured later on in the Trail. We compromised by including a Dramatis Personae at the start, so that the main characters would be ready for use whenever they popped up.

Twelve months after our first meeting, Fiona and I met once again in the Goat, where she handed me the first printed proof of Let’s Trail Napoleon’s Hundred Days. The title still had the number “100” rather than the spelled-out word, which is one the things we tweaked before the book was finally published on Amazon in April.

It’s been a pleasure to work on something tangible, and full credit goes to Fiona for motivating me and for taking on the publisher’s role with Amazon. Without her, the idea of writing a book would have remained just that. And of course, like any real book, it has a dedication.

For my mother, who brought us on our first trip to Waterloo, way back when…

Let’s Trail Napoleon’s Hundred Days is available on Amazon in paperback and Kindle. 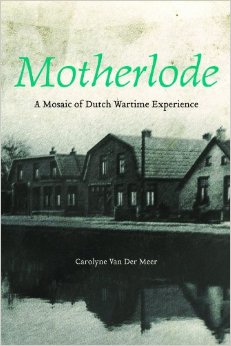