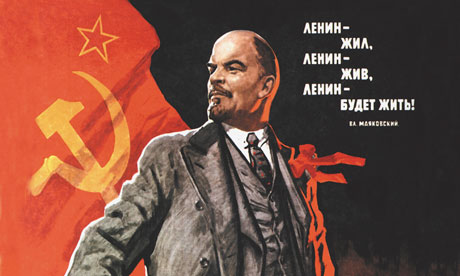 Anyone who has been to an Irish cinema in recent years — and who managed to get there before the movie had started — will be familiar with the image of a red hot poker in the shape of a star being pulled from the flames and thrust at the viewers. Carlton Screen Advertising announces the start of the commercials that precede the movie we came to see, using imagery that harks back to the days when cattle were branded with these unpleasant instruments to identify their owners.

The term “brand” stems from the old Norse and German word for “fire” or “burn”. The Dutch for a “branding iron” like the Carlton one is “brandmerk” — and no, the Dutch do not “merk” their clothes. The English language refers to car makes as “marques” instead of “brands”, whereas the Dutch word for a “brand” is “merk”, when we talk about consumer goods. You gotta love etymology.

In any case, it’s clear that the concept of a brand has its origins in a rather primitive and cruel custom. We now live in a world surrounded by innumerable consumer brands, where the price we pay for one product or another varies greatly depending on the label attached to it — even if the items themselves are identical. After all, a 2 litre bottle of Avonmore Milk is not so much better than Linwood’s which sells for more than 1 euro less; and that’s just for starters.

Cosmetics, clothes, cleaning products, cars and thousands of other things not necessarily beginning with C are all available with different logos attached to them. Each comes with a promise of quality, value, style, power and even happiness — whatever it is that will convince us to by this brand rather than that one.

Sometime in the early eighties I was privileged enough to take a trip to Soviet Russia with my best friend René. We were amazed by the omnipresent avalanche of party propaganda, with Lenin staring at us from every public surface, encouraging us to do whatever it was that good communists were supposed to do in those days. How terrible, that those poor Russians were exposed to such relentless indoctrination.

Upon our return to the West however, the billboards and neon signs of our decadent capitalist society had taken on a slightly different feel. I wondered if Lenin was all that different from Lancôme or Lexus in the way they insist we absorb their message without thinking.

Many brand names have their origin in small localised beginnings, often taking the names of their founders or original owners. This can become an issue when the brand grows and crosses borders, and a perfectly normal Friesian name such as Douwe Egberts becomes a tongue twister for English speaking consumers – or airplane manufacter Fokker raises eyebrows. Does anyone really know how to pronounce Daewoo or Hyundai? And do you say Nohkia or Nokkia? Everyone I’ve ever heard talking about our German friend Lidl pronounces the name as an Americanised version of something small — only the voiceovers in the commercials talk about “Leeeedle”.

Brands often fight among each other, and this gets worse as more and more brands spill across borders around the world. In 1990, AIB was still called Allied Irish Bank and its logo was a circle with a three-pointed star. “Hey, that’s ours!” said Mercedes, pointing to their own star. “No it isn’t,” said the bank, “we got there first. Our star is an ancient Celtic symbol and we’re keeping it.” Only they didn’t — later that year they became AIB Bank (which, strangely, stands for Allied Irish Bank Bank) and dropped the star in favour of an equally ancient Celtic boat.

Should Nazi Germany have prevailed, as fictionalised in Fatherland by Robert Harris, I’m sure that the regime would have had a problem with Swastika Laundries in Ballsbridge. Its chimney emblazoned with this uncomfortable symbol still towered over the Shelbourne Road in 1986.

Powerful symbols are a surefire way to increase awareness of a brand, not only across international borders, but crossing language and even literacy barriers as well. It is said that the McDonalds “Golden Arches” logo is recognised by more people worldwide than the Christian symbol of the cross. Interestingly, Christianity went through its own rebranding exercise in the 2nd century A.D. when the cross replaced the fish they had adopted as their logo initially.

We recognise brands by their shape and colour even if their name is different in other countries or if it changes for some reason — Snickers was Marathon, HB is Ola, Bulmers is Magners, Cif was Jif and so on. Changing a brand identity can have disastrous consequences (for the brand owner’s pockets, that is) or even cause a public outcry — Kelloggs were forced to drop the name “Choco Crispies” and revert back to “Coco Pops”.

Some brands have become so engrained in our society that their names have come to replace the name of the product itself. Hoover is of course a classic example that has even become a verb — so you cannot dyson the house with a Hoover, but it’s OK to hoover the house with a Dyson. Sellotape is the name given to all brands of sticky tape, but not if you live in America, because over there they call it Scotch tape. And a JCB (bet you didn’t know that stands for Joseph Cyril Bamford) is any big yellow digger holding up the bypass.

The movie industry gets funding for its films from brand owners who are queueing up to make sure that their products are clearly visible in high profile productions. Every car manufacturer dreams of James Bond choosing one of their models for that amazing car chase, and are willing to pay handsomly for the privilege.

But it gets really interesting when a movie portrays the brand in a less flattering way — such was the experience of Budweiser when Denzel Washington was shown to be too fond of their brew. Copyright law protects brands from being hijacked by other companies, but it does not give brand owners the right to decide how their products are “placed”. However, my friend David Slater tells me that “Abercrombie and Fitch pay the producers of ‘Jersey Shore’ so that the actors DON’T wear their clothes”.

When the last commercial has screened, just before the movie starts, the glowing star of the Carlton branding iron pops up once more before it fades into darkness. Sic transit gloria mundi.

One thought on “Branded”