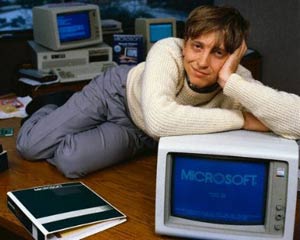 “Designers are scum.” My coworkers can confirm that I sometimes come out with sweeping statements like this one, usually when I’ve been emailed yet another yousendit link to a 250MB PDF with designs for a few web pages. If the finished site were even half that size, each page would still take half an hour to load.

Bill Gates once famously said (or didn’t say, one can’t be sure) that “640K should be enough for anybody” in reference to computer memory (RAM). That was sometime in 1981. Ten years later, our graphic design studio had two Mac IIci computers with 8MB of RAM — more than 10 times “enough”.

We all know that everything related to technology has developed along an exponential curve since those days. The phone I’m using to write this post is about one hundred times more powerful than one of those Macs; you’ve heard it all before. People know dota 2 buff opportunities when years ago nobody would have imagined these in the gaming world.

Although I don’t think I fall into the Silver Surfer category of computer users, I’m certainly no novice. And just like my mother who would insist I eat all my dinner because she remembers what it’s like to have very little, I appreciate how much a Megabyte really is. Everything we produced on those Macs had to fit on a 1.4MB floppy disk if it was to leave our studio.

The proliferation of increasingly powerful computers has done away with their users’ concerns about keeping file sizes within certain limits. As a result there is now an enormous amount of digital waste being generated. Full A4 size high resolution images are used both in print and on web pages where they are displayed at a fraction of their original size — without the designer feeling the need to resize these images first. If Megabytes were bad for the environment, our planet would by now no longer be able to sustain life.

But it is not only the users who have been allowed to become wasteful with their bits and bytes. The modern programmes they use are just as guilty of producing superfluous digital junk — starting with bloated operating systems. Earlier versions of Adobe Illustator produced documents in almost readable PostScript code, but it now saves files in impenetrable PDF format. Export a Word document as HTML, and the result is a horrifying mess of outdated code that’s impossible to work with.

I belong to a generation of developers who are self-taught and started out writing code by hand – partly out of geekiness, but mainly because code-generating applications such as Dreamweaver did not yet exist. Those young web designers of today are spoilt for choice with WYSIWYG editors, GUIs and JavaScript and CSS libraries — so much so, that some of them don’t seem to realise that you really don’t need jQuery to perform basic functions that have been part of JavaScript since time began.

As for graphic designers — they should all be forced to work with a Mac IIci for a couple of months before being let loose in the real world. That should teach them how a design for a few web pages might actually fit on a 1.4MB floppy. And then upload it to the server by carrier pigeon.