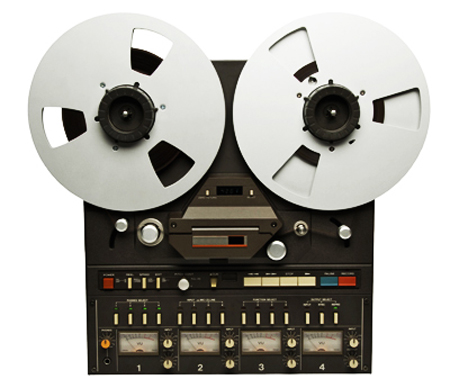 In his excellent post “The Great CCTV Camera of History” on First Advertising’s blog, Jamie Stanton writes eloquently about the ever increasing mountain of digital data that follows and records our every move. Most of us will be painfully aware of how the roll of 36 snaps that was sufficient to record an entire 2 weeks holidays 15 years ago, has today been replaced by umpteen hours of digital video and hundreds of pictures taken on a variety of mobile phones and digital cameras.

In spite of this enormous increase in visual mementoes of our annual trip, it seems that the handful of snaps from yesteryear had a better chance of survival than their multitudinous digital counterparts of today. At least the old fashioned photographs were awarded the ritual of an unveiling, some time after the holidays were over, when the local chemist had worked his magic on the roll of film. After having been handed around to share the memories one more time, they more than likely ended up in a shoebox in the attic — some of the lucky ones may even have brought it as far as a scrapbook. There they remain to this day, with the potential to be rediscovered at any time.

My brother in law has been carrying around the same digital camera for the last five years. When the memory card fills up, he deletes some of the older pictures to make room for new ones. I don’t remember ever seeing any of the images outside of their little screen on the back of the camera. No shoebox in the attic for these memories. Although there are those who will diligently select, print, archive, backup and sync their digital collections, I get the feeling that my brother in law is far more representative of today’s happy snapper.

That doesn’t mean that I disagree with the point that Jamie makes — there is without a doubt an enormous amount of information available on today’s individual compared to the sparse details we have on those of our parents’ generation. In fact, our friends at Google have already gone as far as working on ways to use information gathering to predict the future (yes, really). But in the meantime, the long term survival of all this data depends largely on the availability of the technology required to view, read or hear what’s hidden on the different types of media.

I challenge anyone to tell me what to do with a tape reel — assuming they’re old enough to recognise what it is and that it’s a reel-to-reel tape machine they should be looking for. Cassette tapes and VHS are also fast becoming extinct, not helped by the fact that magnetic media apparently have a lifespan of no more than 30 years. Those of us who have children will be aware of their astounding unfamiliarity with seemingly timeless objects such as the vinyl record. Similarly, Jason Huck writes on Facebook that his daughter “is playing with My First Camera, which is a real (film) camera, but I just told her it was pretend because it was easier than explaining why there’s no screen on the back that shows you the picture you just took”. 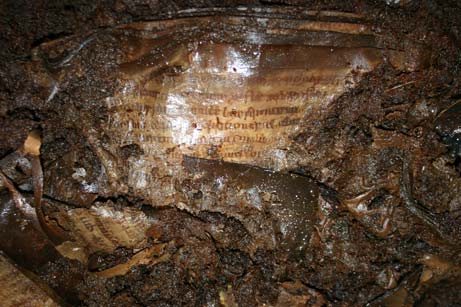 When a worker on an Irish bog discovers something unusual in July of 2006, he quickly realizes that it’s a book, and probably a very old one. Archaeologists later confirm that the book is a collection of psalms, dated between 800 and 1000 A.D. On hearing the news, I wondered what would happen if a distant descendent of the same worker were digging the bog 1000 years from now and came across a VHS tape. The bog itself would first have to have re-formed after its disappearance in the 21st century of course, but I digress. The point is, that our future digger would need the help of an archaeologist to establish what type of artefact he has just found. Even if they are then able to tell that they are looking at an object that was used to store images or sounds, they will sadly be unable to find out what exactly those images or sounds were. Compare that to the bog psalter of 1000 A.D. and the preservation of our recorded history for future generations is beginning to look bleak in comparison.

At 87, my mother has embraced modern technology, keeping in touch with friends and family via email. However, she still insists on printing off a copy of every email so that she can store them away for posterity, in a –physical– folder alongside letters from a bygone era — such as the one quoted in my first blog post. She may have a point. Letters and postcards have been replaced by emails and text messages, in the same way that vinyl was first replaced by CD and now download, thereby losing all of its tangibility (even though there appears to be a vinyl revival of sorts).

I wonder if archaeologists a thousand years from now will draw the conclusion that our civilization came to an end sometime around the start of the 21st century, based on the evidence that written and visual documentation all but disappears around this time. Interestingly enough, my sister-in-law tells me that “Media Archaeology” is a course subject at the University of Amsterdam. Isn’t it intriguing that technology has begun to develop so fast that what was cutting-edge only half a generation ago is now considered archaic?

Maybe if I print out this blog and bury it in the back garden, it will survive the test of time. For now, it will remain in this uncertain space where no turf cutter’s spade is likely to disturb it.